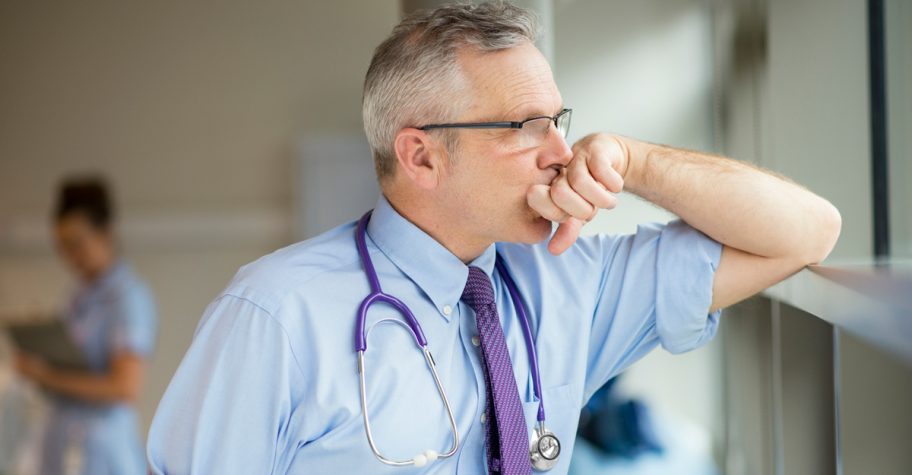 Many doctors work in isolated settings. Doctors can be isolated geographically. They can even feel personally and professionally isolated in their work environment where they do not have easy access to collegiate or peer support.

The following case study is from the Heads Up website. Headsup was developed by the Mentally Healthy Workplace Alliance and beyondblue. The organisation has resources and tools for promoting the mental health of doctors and medical students.

A case in point

Doctors are pretty clever at hiding things. I thought that I had hidden it, not for any conscious reason, but just because I was going on working and I didn’t want it to interfere with my work, and I could be in my distracted moments quite my normal self and cheerful. The supports were not… People at work, there were no mechanisms in place to support people at that time and this was 25 years ago. I don’t think any of them would’ve either known what to say or how to intervene, ’cause it takes some courage to go up to someone, ask them, “How they’re going?” and perhaps offer some help and support.

I don’t think I was at all able to talk about it in those early days. However, by the time after my colleague and I founded the Welfare of Anaesthetist group, we decided that we would put this forward for new trainees. So, since then I have certainly mentioned it quite a few times particularity when… In my job now where I have distressed doctors and if I disclose that I have also been depressed, hopefully they’ll understand that I can have some sort of idea what they’re feeling. And I think the other thing is that there are now processes in place to deal with doctors who are distressed in the workplace, so there are support systems like the one I work in.

Well, I’m the deputy director of clinical training and our role is to look after the education of junior doctors, but we also get quite heavily involved in support which is maybe pastoral care, might be identifying mental health issues, it’s performance management, so we do all that as well. It’s important to know what resources are available.

I have a very supportive partner. I have a lovely family, I live in a good place, I live in a great place, and I have lots of hobbies, have lots of friends. So, I do very many things that I enjoy, which is great because of course when I was depressed I didn’t enjoy anything.

What advice would I give to someone who’s in a similar situation? Well, I think the first thing to do is to recognise it, even to think that it might happen to you, to know that being a doctor is stressful, and that there are ways of handling that, but if you are not… That you’re not surviving in a good way, then you need to recognise that and seek help. The other advice I would give is that if you… If someone comes after you and says, “How you going?” that you need to understand that that person might be concerned about you, and to listen to what that person says.

Source: This video, transcript and information were sourced from the Heads Up website, developed by beyondblue in collaboration with the Mentally Healthy Workplace Alliance, using funding provided by the Commonwealth Department of Health. For more information and resources please visit www.headsup.org.au.

Isolation can give rise to physical and mental stress.

Doctors feeling overloaded and alone can fail to recognise symptoms and signs of impairment in themselves.

Medical workplaces present particular risks for doctors which can include access to drug samples, ability to self-investigate and treat yourself, limited social and professional interaction with medical colleagues and ability to access informal “on the run” advice from those colleagues. Impaired doctors can place the health of their patients and their own careers at risk. Risk-taking can be a presenting symptom of depression1.

Doctors need to be proactive in managing their health and wellbeing.

Your Medical College can provide assistance and resources. The Australian and New Zealand College of Anaesthetists has an excellent publication for the isolated anaesthetist View Resources

MIGA has the following additional resources:

MIGA has invested in doctors’ health as a risk-mitigation strategy and supports the health of its doctor members with: